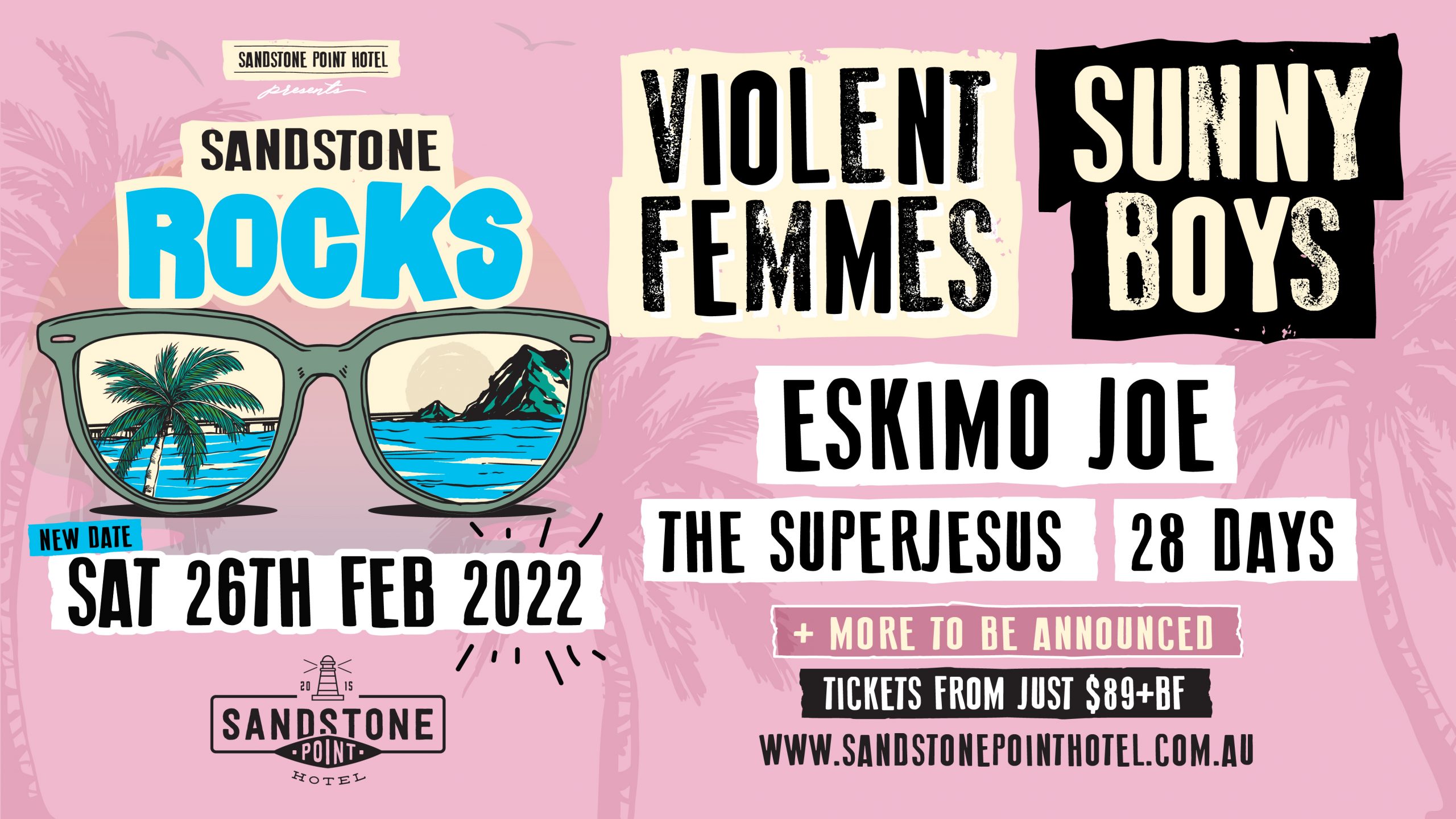 Due to international border closures, Sandstone Rocks will be rescheduled to Saturday 26th February 2022 featuring one of Sandstone Point Hotel’s biggest lineups to date. All previous tickets purchased will be valid for the new date.

Director Rob Comiskey is excited to see the event is still going ahead nonetheless delayed.

“It’s unfortunate we have to wait until 2022 to see this epic line-up but I don’t doubt Sandstone Rocks will be worth the wait! It is more important than ever to support the artists and the live music industry, hold onto your tickets! There are only a few remaining and I know I am itching for a day of music on the waterfront!”

Performing on the waterfront in February 2022 is Violent Femmes, Sunnyboys, Eskimo Joe, The Superjesus, 28 Days and more to be announced.

Finding immediate success with the release of their self-titled debut album in early 1983, American folk punk band, Violent Femmes set off on a career of epic proportions. Featuring hits “Blister in the Sun”, “Kiss Off”, “Add It Up” and “Gone Daddy Gone”, Violent Femmes became the band’s biggest-selling album which was eventually certified platinum by the RIAA. Violent Femmes went on to become one of the most successful alternative rock bands of the 1980’s, selling more than 9 million albums by 2005.

Australian much-loved power pop band Sunnyboys will be taking the stage at Sandstone Rocks performing hit singles “Alone with You” and “Happy Man”. Celebrating their 40th anniversary in 2020, the Sunnyboys were only an active concern for 12 of those 40 years.

“We really didn’t think we would ever play again as a band. But wow, we have and we sure are having a bloody great time doing it.” – Peter Oxley

Supporting Violent Femmes and Sunnyboys is alternative rock band Eskimo Joe, performing songs like “Black Fingernails, Red Wine” and “Say Something” live. Adding even more rock to the line-up, Australian rock band and ARIA award winners The Superjesus known for songs “Down Again”, “Gravity” and “Now and Then” as well as Australian punk rock band 28 Days will also be live at Sandstone Rocks. Plus more artists to be announced at a later date!

Set on Sandstone Point Hotel’s rolling greenery with a stunning waterfront backdrop, there is no better place to enjoy the sounds of some of the country’s biggest talent. With shows at Sandstone Point Hotel more often than not selling out, the last remaining tickets will go quick! 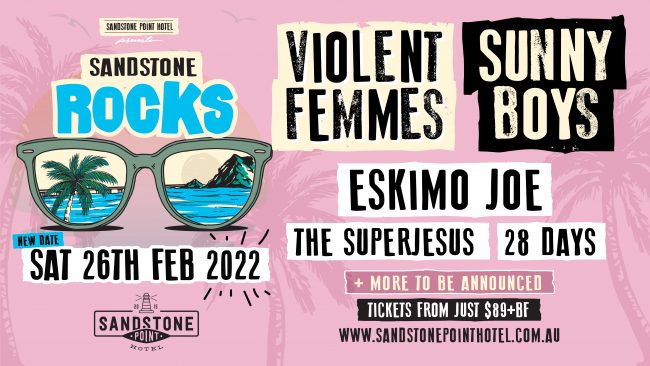 This is a Category B event

Sound checks will take place between 10am and 12:30pm