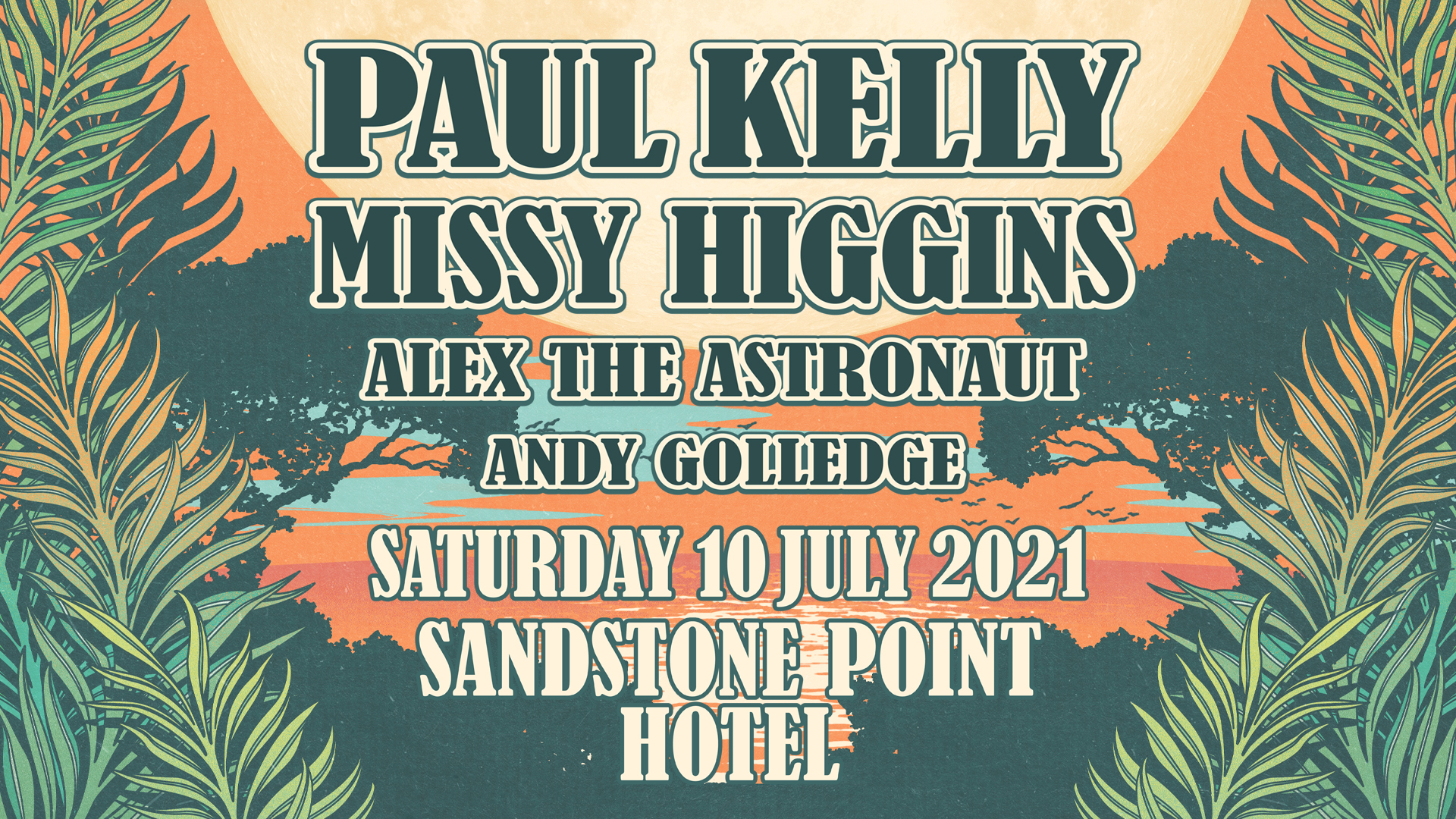 Paul Kelly and Missy Higgins, two of Australia’s most cherished and iconic artists have teamed up for a special one off show at the Sandstone Point Hotel near Bribie Island in Queensland July 2021. Joining them will be Alex The Astronaut and Andy Golledge.

One the country’s greatest and most enduring songwriters, Paul Kelly’s music and lyrics are in the nations DNA. No one can capture the essence of Australia the way he can; how it looks, feels, tastes and sounds, it’s joys and sorrows, achievements and pitfalls, there is a Paul Kelly song for seemingly every aspect of the Aussie psyche and being. He has created a legacy which chronicles the full range of human experience.

Over his 40 plus year career, Kelly has explored a variety of genres that all come full circle to create his distinct and recognisable sound. Whether he is rocking Dumb Things and To Her Door or moving into country and bluegrass territory by way of Foggy Highway, getting soulful with Vika and Linda or creating contemporary music from Shakespearian sonnets and bird inspired poems, as seen on his latest studio album, Thirteen Ways To Look At Birds, Paul Kelly can make it all sound like it Paul Kelly!

Paul Kelly has long been an integral part of the Australian music landscape. He has multiple Aria Awards to his name and is also an Aria Hall Of Fame inductee, and in 2017 he topped the charts with Life Is Fine and also received an Order Of Australia for his distinguished service to the performing arts and the promotion of the national identity.

All his achievements aside, you know a Paul Kelly set is going to be full of sing alongs and laughs but also introspect and solemnity.

Much like Paul Kelly, the one and only Missy Higgins is an Australian music icon and has been tugging at the nations heartstrings for close to two decades. From the very start, Missy has had us hooked. Scar, The Special Two, Steer, Everyone’s Waiting and many others have wormed their way into our collective subconscious.
She is a five-time chart topper and nine-time ARIA Award winner. ‘Futon Couch’, the lead single from her fifth studio album ‘Solastalgia’, became her biggest radio success in a decade, and Missy was also confirmed as the main support on Ed Sheeran’s ÷ Tour – the largest series of concerts in Australian history with nearly 1 million tickets sold.

Most recently, Missy wrote a number of original songs for the acclaimed ABC TV show ‘Total Control’. The show became the highest rated new Australian TV drama of the year. She also released new single ‘Carry You’ written by Tim Minchin for his TV show ‘Upright’.

The folk-inflected pop of Sydney based Alex The Astronaut is some of the most honest music you will ever hear. From pointing out the hypocrisy of having billionaires in power while the rest of us get parking fines in hospitals, as noted on her debut single, 2016’s Already Home, to penning an open letter to her 16 year old self on Not Worth Hiding, a song about accepting yourself for who you are and owning one’s sexuality, Alex’s songs are straight from the heart and pull no punches.

Not Worth Hiding became the unofficial anthem to the Vote Yes movement and is one of the most important songs of the last decade. The haunting I Like To Dance focuses on the tragedy of domestic violence and other tracks simply describe everyday life at home with family or the excitement of life in the Big Apple.

Tamworth native, Andy Golledge has become an inner western Sydney legend. His Americana style songs captivating often sold out crowds everywhere he plays. From wildman antics that see him jumping on the bar or piano ripping through songs with Springsteen like energy, to fragile Neil Young style intimacy that gets the whole room to stop and listen, Andy’s music is painfully honest, instantly relatable and above all, catchy as hell. 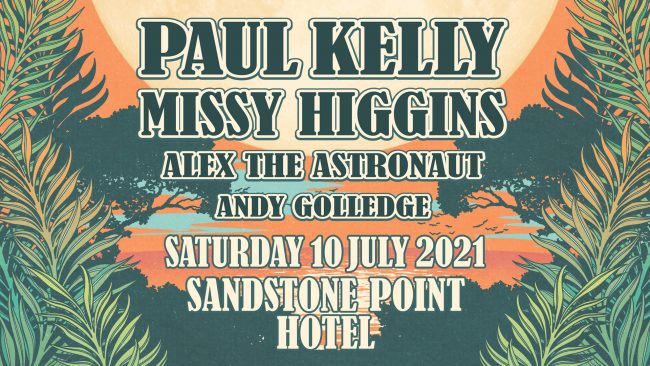